Home » HHRF news » “We are going to poison you, like rats” – another threatening letter to the Hungarians of SubCarpathia
Featured posts | HHRF news | Ukraine 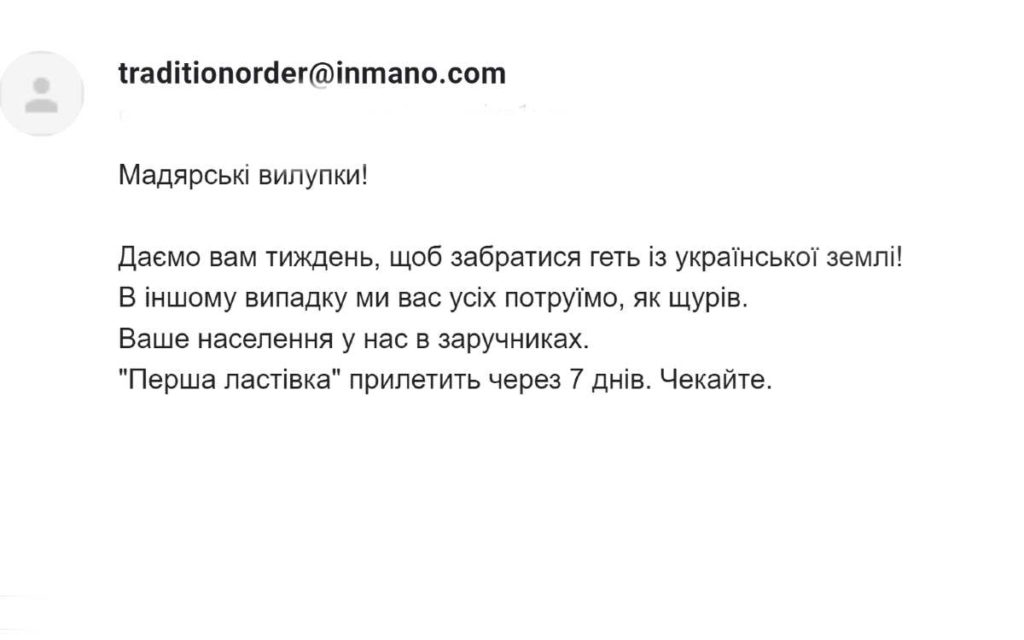 On December 4, 2020, Hungarian diplomatic missions, and several local Hungarian institutions and community leaders in SubCarpathia/Kárpátalja, Ukraine received threatening letters.
After an offensive, unprintable salutation, the letter goes on with the following threats: „You’ve got a week to leave Ukrainian land. Otherwise, we will poison you all, like rats. You are our hostages. The ‘first swallow’ arrives in seven days. Wait for it.”
The recipients include the Hungarian Consulates in Uzhgorod/Ungvár and Berehove/Beregszász, the Cultural Alliance of Hungarians in SubCarpathia, the Hungarian Democratic Union in Ukraine, several media outlets and the Szürte micro-region, as part of an ongoing intimidation campaign against the Hungarian minority community in SubCarpathia, Ukraine. The latter is under investigation by the Security Services of Ukraine (SBU) for its post-election inauguration ceremonies on November 21. The addressees have filed complaints , but no progress has been made in the case.