László Hámos
Co-founder and former President
We announce with profound sadness that László Hámos passed away on April 16, 2019 in New York. László was a second-generation Hungarian-American, who co-founded the Hungarian Human Rights Foundation (HHRF) in 1976. Read more about his remarkable life, and share your recollections in our memorial book.

Zsolt Szekeres
President
Zsolt Szekeres, HHRF president since 2019, has been an HHRF activist for more than 40 years. Born in Germany, he grew up in Buenos Aires, then worked in Washington D.C. for several decades. Since 2000, he has lived in Budapest. He is also a founding member of the Hungarian American Coalition.

Emese Latkóczy
Executive Director in New York
Emese is a second generation Canadian-American Hungarian who is an NYU graduate in filmmaking. She has been a human rights activist since high school, and is the executive director of the Hungarian Human Rights Foundation.

Gabi Vajtay
Program Director in New York
Gabi, a Rutgers University graduate, is a second generation American Hungarian from New Jersey. She has been the Program Manager of ReConnect Hungary since summer 2018, and also organizes fundraising events for HHRF. 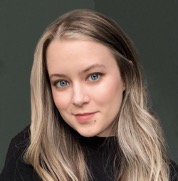 Petra Kovács
Program Coordinator in New York
Petra, a first-generation Hungarian-American, is a program coordinator at the HHRF since 2021 dividing her time between human rights advocacy and the ReConnect Hungary program and with a focus on marketing. Petra graduated from Central European University in Budapest with a Master’s degree in Human Rights.

Viktor Ivicsics
Budapest Office Manager
Viktor joined the HHRF team in 2018 when he spent nine months at the New York office as the KCSP scholarship recipient.  Currently he is the Budapest office  manager. In his free time Viktor is an expert rock climber and distance runner.