Following in the steps of Lianna Hedrick, Sarah Agronow and Sarah Carroll, Marcus Kinney is our 4th Reconnect Transylvania+ Scholarship recipient. Having arrived to Kolozsvár/Cluj, Romania at the beginning of September, Marcus will stay in the unofficial capital of Erdély until May 2023.

Being a Reconnect Transylvania+ Scholarship recipient means Marcus now has the chance to be a part of the Transylvanian Hungarian community. In the mornings, Marcus will assist at Sapientia – Hungarian University of Transylvania, using his academic knowledge and English language skills to further the university’s international relations. 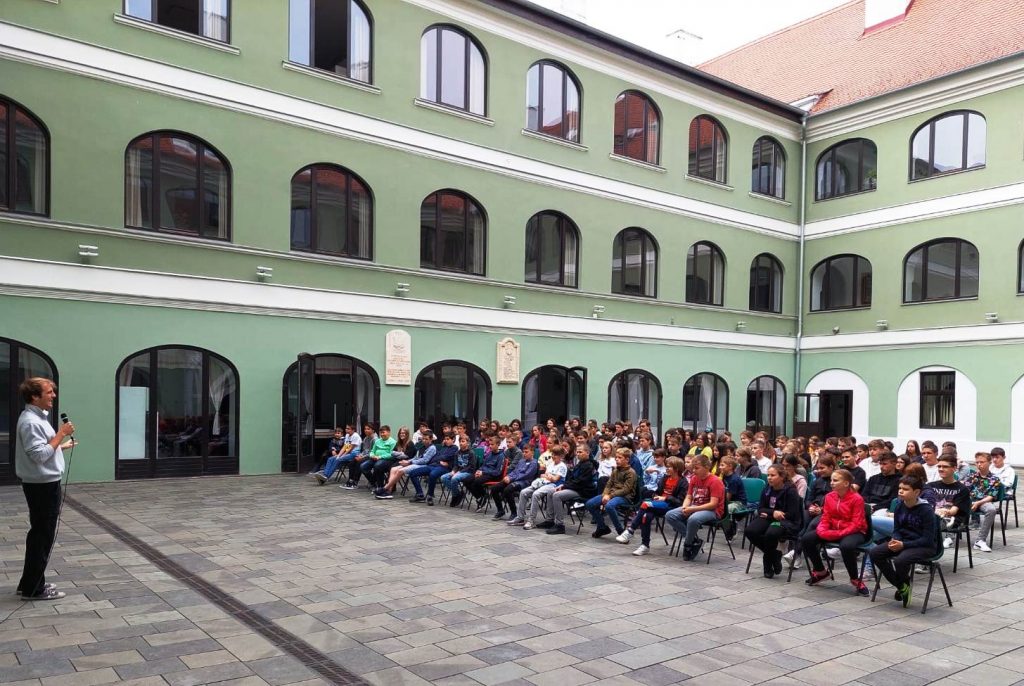 He has already met his new colleagues and pupils at the Hungarian Reformed College (Kolozsvári Református Kollégium) where he will tutor the young students in English. He is so popular that over 100 children signed up for his afternoon classes.

Marcus is 2nd generation Hungarian American; he grew up in Saudi Arabia where his father was a teacher while his Hungarian mother was raising the family’s five children. When he was 14 he moved to the United States to attend the prestigious Northfield Mount Hermon School, and then to study Liberal Arts at St. John’s College in Santa Fe, NM.  During the Covid-19 lockdowns, he re-discovered his love for his mother tongue, asking his mom to only speak to him in Hungarian. Phone calls to his grandmother in Hungary also became more frequent, thus his childhood Hungarian got dusted off. The next logical step was to find an opportunity to live in a Hungarian-speaking environment.

Marcus Kinney’s journey in Transylvania is made possible entirely by the generous donations of Hungarian Americans and our partners in Transylvania. This program is the only one of its kind giving North Americans an opportunity to volunteer, learn and connect in Transylvania. You can earmark support for the Scholarship HERE and help a young member of our diaspora community rediscover and reinforce their Hungarian roots, all the while giving back.