The Slovak Statistical Office has published the data gathered on answers to the two questions on nationality in the 2021 census. When answering the first question 422,000 inhabitants of the country declared themselves to be of Hungarian ethnicity. However, an additional 34,000 people also checked off Hungarian as their nationality in the second question querying ethnic affiliation. Thus, the resulting official total of ethnic Hungarians living in Slovakia is 456,000, a decline compared to 2011.1

During the 2021 census, 83.8 percent of the country’s population declared themselves to be of Slovak nationality, while a complete total of 8.3 percent indicated Hungarian as their identity in the questionnaire. Compared to 2011 (as indicated in the tables below), this number has declined, though not as precipitously as the number of people who declared Hungarian as their mother tongue.

Nearly 82 percent of the country’s population, or 4,456,102 people, claim to be native Slovak speakers, 8.5 percent of the citizens claim Hungarian as their mother tongue, and 1.8 percent are Roma. The number of citizens who claim Hungarian as their mother tongue has dropped significantly. In 2011, there were officially 508,714 native Hungarian speakers compared to 2021 with 462,175 native speakers.

What do these numbers mean?

Censuses since the fall of communism have all reported higher figures for the number of Hungarian speakers in Slovakia than those declaring Hungarian as their nationality. The narrowing of the difference is alarming and likely attributed to a convergence of factors: inadequate instruction in Hungarian at pre-K through university levels; demographics, including emigration and assimilation; and government policies limiting the use of minority languages in the public sphere. Deeper analyses of the figures, causes and trends by experts can be expected in the future.

For now, Krisztián Forró, president of Alliance, the new merger of the three ethnic Hungarian political parties, has stated that “the community needs to realize that our numbers have dwindled over the last ten years. The number of those who checked Hungarian as their mother tongue has decreased significantly.” It is imperative that the government figure the aggregate of the numbers in response to both questions on nationality when determining the total numbers of ethnic communities, says Forró. It is still unknown how the answers to the two census questions will be interpreted by officials and affect future educational, linguistic, fiscal policies and laws. One significant issue is how the sizable decline in citizens who are native Hungarian speakers (or of other national minority languages) will affect the 15 percent threshold needed in the Minority Language Use Act when calculating the ethnic population of a settlement in the future. 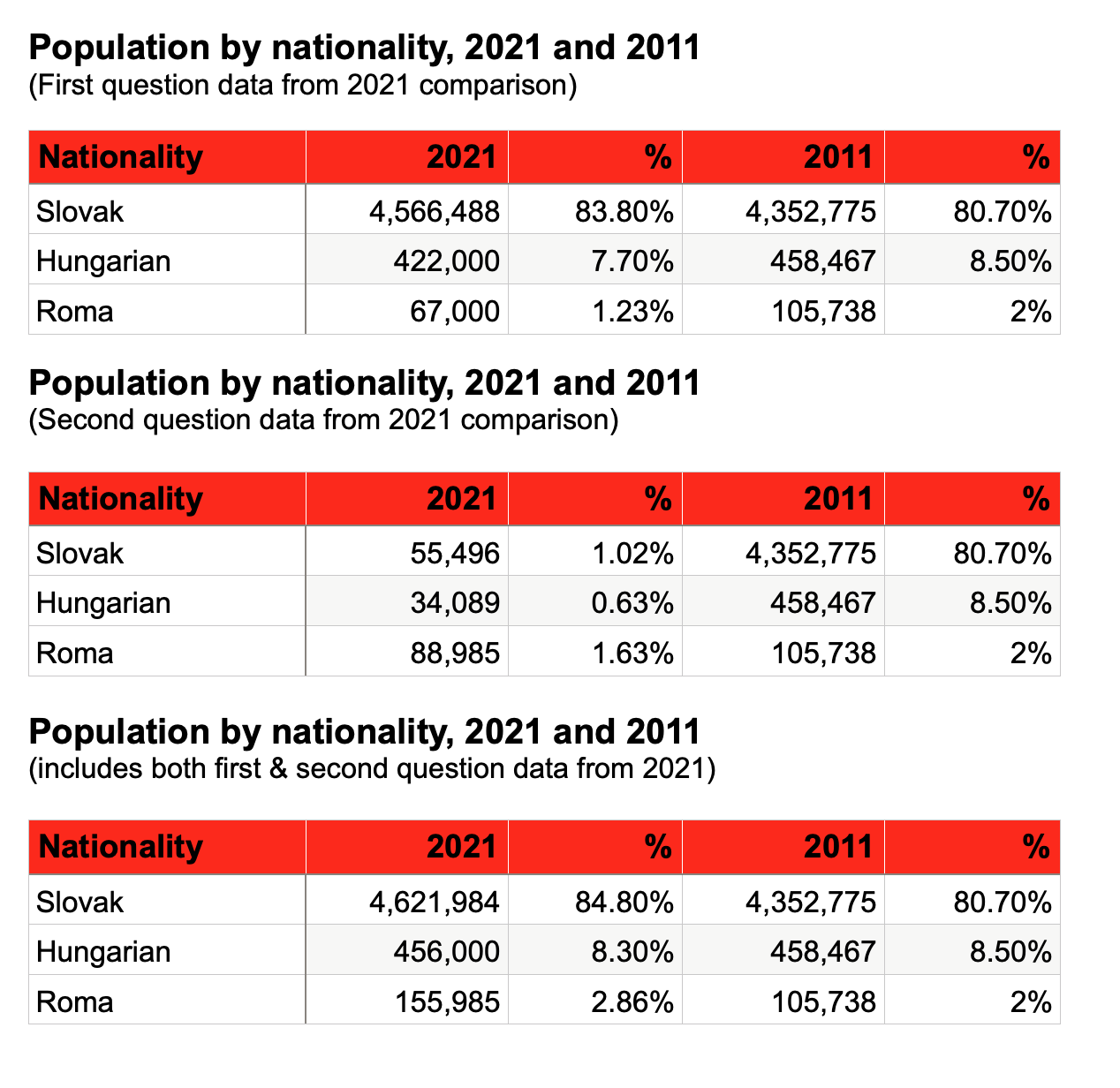 1 Censuses are held in the country every ten years, but last year was the first to offer two opportunities in declaring one’s nationality in the questionnaire. On the online form, the first question was “What is your nationality?” And the second question, “Do you consider yourself to belong to another nationality?” This has made it possible for anyone who chose a different nationality other than Hungarian during the first question, to choose Hungarian for the second question. In addition, questions about an individual’s mother tongue as well as religious affiliation were included.